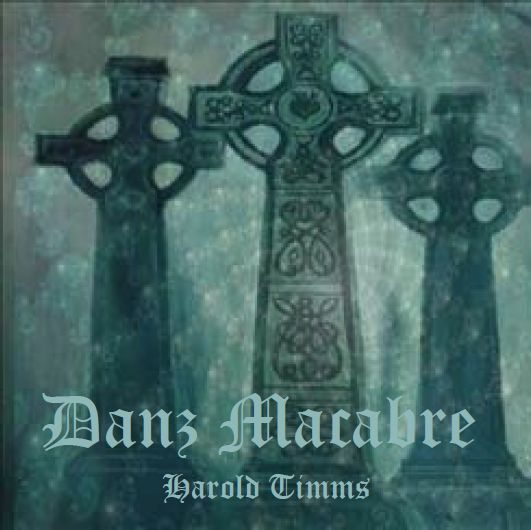 About Danz Macabre by Harold Timms

After catching the guitar “bug” in the mid ‘70’s and immersing himself in the Hard Rock of the time, a chance meeting with a fellow classmate who then turned him on to the world of Progressive Rock, Harold found himself deeply committed to elevating his guitar skills to match those of his new guitar hero’s Steve Howe, John McLaughlin, Steve Hackett, etc.

After attending The Guitar Institute of Technology (GIT) in ‘79/80, Harold became a much sought-after Teacher and session guitarist in his home state of New Jersey. During this time, Harold dabbled in many Progressive Rock bands but ultimately found his “guitar voice” in the realm of advance finger-style acoustic guitar, releasing his first album: Directions & Misdirections in 1991.

Fast-forward to the present; With more than 20 albums to his credit, Harold is now exploring the vast expanse of the 11-string Harp Guitar and his new found love of Renaissance and Mideval music.

Danz Macabre or Dance of Death; is an artistic genre of late-medieval allegory on the universality of death: no matter one’s station in life, the Dance of Death unites us all.

On this CD, these 17th & 18th-century songs, each originally written as lively jigs and reels, had the tempos slowed down to funeral Dirges to invoke the Danz Macabre.

These timeless conditions, both human and natural, cut across religious, regional and racial constructs that ultimately unite us in the end.

This site uses Akismet to reduce spam. Learn how your comment data is processed.

Number of items in cart: 0

Buy the track of your choice!